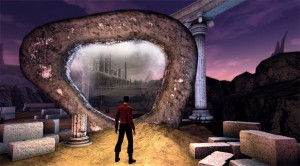 What was before: For almost 20 years, Starfleet Command (out of Baltimore) served as a parent organization for different groups across the United States. Originally it started out as a gaming group, but in the mid 80’s various chapters started up and the gaming group evolved into a fan club organization. One of the primary functions of the fleet was to provide support and information for the ships. However during the late 90’s several challenges came about. The internet became a primary source of information for Star Trek fans, even to the point where chapters were finding out news before the fleet could deliver it. At the time the fleet had not moved onto the internet for it’s business. Some chapters believed they could progress better on their own and voted for independent status. Another issue is that several Admirals on the board had been in the same position for almost as long as the fleet had been in existence and no one had stepped forward to help replace them. A final issue was operational costs. Membership fees were never discussed because it discriminated against those with little money, and they wanted this to be a club for everyone. Because of these and other issues a proposal was sent forth to dissolve Starfleet Command. All Command Bridge Officers were asked to submit a response regarding the proposal. After several discussions and debates a vote was taken on September 1st and two/thirds of the Admiralty Board and more than 50% of the Command Officer approved the proposal. On December 31, 1997, Starfleet Command would be disbanded with a total of 48 chapters. When this was announced the Admiralty board provided information for those chapters to achieve independent status, join another parent group such as The Federation, International Federation of Trekkers, Starfleet International, United Federated Planets or United Federation of Planets International. A final option was go form an alliance with several other local fan clubs.

What is now: Starfleet Command chapters USS Kelly, USS Retributor and USS Ticonderoga joined together with former Starfleet International chapter USS Rendezvous and decided that forming their own fleet would be the ideal route to take. The name Seventh Fleet was chosen because, at the time, the Deep Space Nine episode “A Time to Stand” had just aired. In that episode we learned that 112 ships of the Seventh Fleet had engaged Dominion forces at the Trya system. Only 14 survived the encounter. Having just discovered that we were going to drop from a fleet of 48 to 4, we knew exactly how they felt. Another positive sign for the name was the constant use of the number 47 in Star Trek. Something most Star Trek fans are aware of. It has been joked that it is the 42 (see: The Hitchhikers Guide to the Galaxy by Douglas Adams) of the Star Trek universe. We had four (4) ships forming the Seventh (7) Fleet. Another inspiration was the initials of the groups spelled T.R.KK.R. (Trekker). T.R.KK.R stood for Ticonderoga, Rendezvous, Kelly/Kelly (the class of starship at the time could split into two operational vessels, thus the two KKs) and Retributor. You will notice that we incorporated T.R.KK.R. into one of our symbols.

A proposal was sent forth to the Starfleet Command Admiralty Board and they officially sanctioned the Seventh Fleet with the rights of the name Starfleet Command. Apparently we were the only group that requested such a sanctioning. Another one of the final decisions from the Starfleet Command Admiralty Board was to promote Fleet Captain Dennis Hollinger to the rank of Admiral. On January 1st, 1998 Starfleet Command’s Seventh Fleet was born and Admiral Hollinger received his promotion. It was decided that the Commanding Officers of the various chapters would help the Admiral by participating in the Seventh Fleet Council. They meet on a quarterly basis to discuss fleet issues. Currently the fleet is functioning as a family of Star Trek friends and expanding with quality growth. As of this posting we have several new chapters in training. The Runabout, USS Mystic has formed in the state of Vermont. And in 2003 two new runabouts launched and the USS Hudson had patrolled in the Boston, MA area. When 2004 arrived, the runabout USS Po was launched in Salt Lake City, UT. In 2006, the USS Po graduated to full chapter status and became the USS Ursa Major.  In 2010, the USS Atlantis out of Burley/Rupert, Idaho was voted in as a full chapter of the fleet. The year of 2014 had the launching of the USS Essex in the Bountiful/Downtown SLC area of Utah.  We continued to change in 2015 when the USS Atlantis was drydocked and the USS Valkyrie replaced her as the southern Idaho chapter of the fleet.  2015 also saw the launching of the Chapter-in-Training, USS St. Lawrence in Utah County.  In 2016, the captain of the USS Essex moved to Idaho Falls, ID and took the chapter with him (and started building a new crew).

In 2018 the fleet celebrated it’s 20th Anniversary.  At the Admiral’s Banquet, Admiral Dennis Hollinger stepped down to take an extended leave of absence for personal reasons.  Rear Admiral Carl Stark was promoted to Vice Admiral and was elected by the Seventh Fleet Council as the next Commander in Chief.  The USS Little Fox launched as a Runabout in Illinois.

2019 saw the USS St. Lawrence graduating to full chapter status and becoming the USS Pulsar.  What is next? Who knows? The Human Adventure is only beginning.

Starfleet Command’s Seventh Fleet (aka The Seventh Fleet) is a FREE Star Trek fan club with chapters in Utah, Idaho and beyond.